UPDATE 8:20p Sunday 8/26: This was completely innocent — there was absolutely no threat, according to police who just issued this statement:

Detectives from the Boca Raton Police Services Department were able to locate the individuals a woman claimed were acting suspicious at Patch Reef Park Thursday. Investigators located the older black male, who is a nurse’s aide, and was visiting the park with an autistic white male in his care. Both the park ranger on duty and the nurse’s aide confirmed to investigators they had a conversation. The nurses aid said after the conversation he called across the park to his patient and both left. Nothing criminal was determined to have occurred. Remember to always stay alert and report suspicious activity.

Boca Raton Police were notified about an incident at Patch Reef Park. You can read the account below as described by the caller.

The patron said she reported to a park ranger that she saw two men, a white male in his 30’s and a black male in his 60’s, who didn’t have any children with them, acting suspicious around the playground. The woman said the white male had what appeared be red zip ties in his pocket. The patron said as the park ranger approached the two, they ran off, jumped in a car and left.

The Boca Raton Police Department has investigators looking into the specific report which will include talking to the park ranger, looking at surveillance video that may be in the area as well as conducting additional interviews.

We have increased patrols in the parks and are working with park rangers to increase security. We urge everyone to call 911 immediately if you see something suspicious. 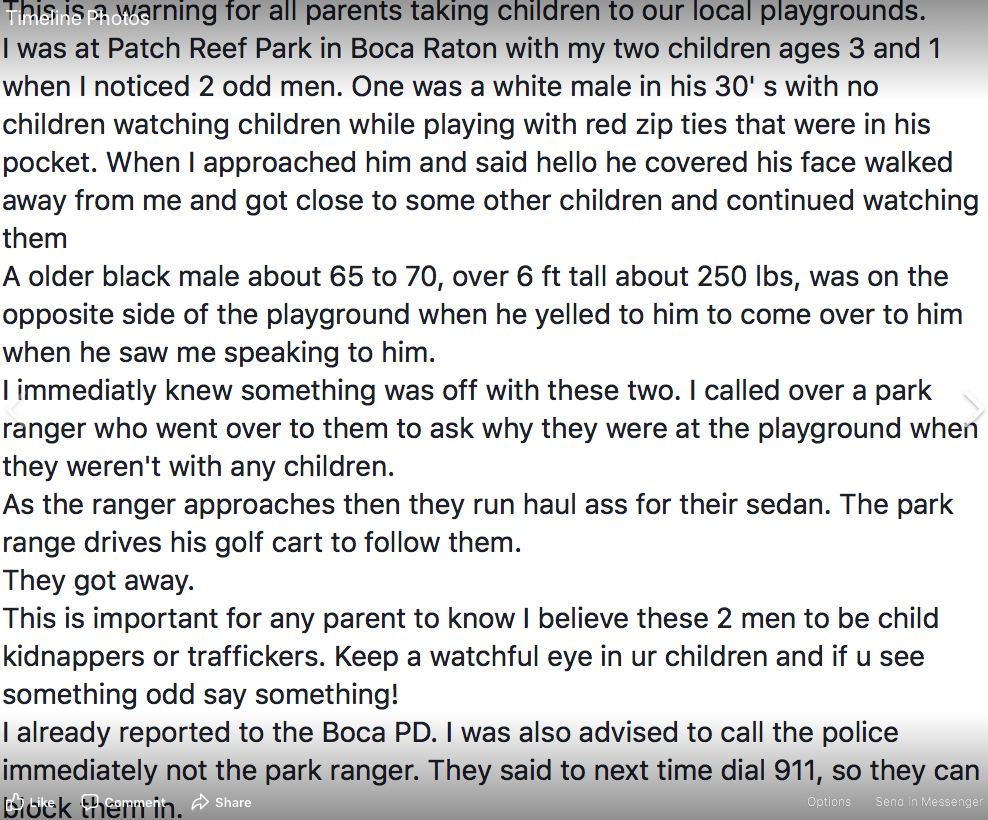