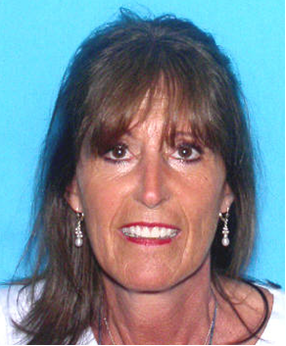 BOCA RATON, FL (BocaNewsNow.com) — It has been five years since the murder of Randi Gorenberg, found dead in the parking lot of the South County Civic Center in Delray Beach, shortly after she was seen leaving the Town Center Mall in Boca Raton.

On Friday, March 23, 2007, at about 1:12 pm, Randi Gorenberg left the Town Center Mall in Boca Raton, Florida after shopping.

At about 1:54 p.m., a citizen called 911 and informed the Palm Beach County Sheriff’s Office that she heard gunshots and witnessed a female being pushed from the passenger side of a black 2007 Mercedes Benz GL450 sports utility vehicle in the parking lot of the South County Civic Center in unincorporated Delray Beach, Florida. It was discovered that Randi Gorenberg had been shot and killed. The South County Civic Center is about 5 miles from the Town Center Mall.

At about 1:59 pm, surveillance cameras captured the black 2007 Mercedes Benz GL450 sports utility vehicle, later identified as Gorenberg’s vehicle, in the front of the Home Depot parking lot. The Home Depot is less than two miles north of where Gorenberg was murdered and is located on the southeast corner of Atlantic Avenue and Jog Road, also in Delray Beach, Florida. The vehicle was recovered in the rear parking lot of the Home Depot shortly thereafter.

Gorenberg was a wife and mother of two children.

On Saturday, June 4, 2011, America’s Most Wanted featured this case, in connection with a wanted fugitive case from Miami Dade Police Department. The wanted fugitive, Michel Barrera is still considered a person of interest in the murder of Randi Gorenberg and assistance is being requested from the public in determining his current whereabouts. It is necessary for investigators to interview Barrera and begin to determine whether or not he is involved in this crime. Probable cause does not exist to arrest Barrera for the murder, however there are multiple outstanding warrants from Dade County including, but not limited to Attempted Murder on Law Enforcement, Armed Bank Robbery, Fleeing and Eluding and Shooting at Police during a High Speed Chase.

Barrera is to be considered armed and dangerous and could be traveling in and out of the United States and South Florida area from Mexico. It is possible Barrera is living and traveling under a fictitious identity.