By JODI FURR COLTON, Esq.
Lots of people cheat and some of them get caught.  If your spouse finds out you’ve been unfaithful, you might be headed straight for divorce, whether you want to be or not.  But, Florida is a no-fault divorce state, so does cheating really matter?  Yes, and no. 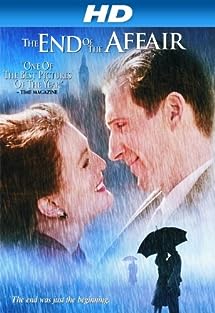 No-fault divorce means that neither party has to prove the other was at fault for the breakup of the marriage in order to get a divorce.  One spouse simply has to allege that the marriage is irretrievably broken and a divorce can be granted even if the other spouse doesn’t agree and doesn’t want to get divorced.  In some states, adultery can actually be the legal basis for divorce, but in Florida no such allegation is necessary.  However, adultery can still be a factor in a divorce.
Equitable Distribution:  In Florida, marital assets and liabilities are to be divided equally unless there is a justification for the Court to award more of the assets or liabilities to one party, which is called an “unequal equitable distribution”, found in F.S. 61.075. In making that determination the Court will consider the dissipation or waste of marital assets by one spouse during the marriage.  This has been interpreted to include money spent on an affair for things such as gifts, hotel rooms, restaurants, and the like.  That money can be accounted for and effectively “given back” to the other spouse under the theory that marital money shouldn’t be used for a “non-marital” purpose.  In other words, under Florida law, if you are going to cheat you can’t expect your spouse to chip in half for the hotel room.
Alimony:  In Florida, alimony is, at least for now, available under certain circumstances. Whether a court awards alimony, the type of alimony awarded, and the amount of alimony are based on the criteria in the alimony statute, F.S. 61.08.  That statute says that “The court may consider the adultery of either spouse and the circumstances thereof in determining the amount of alimony, if any, to be awarded.”  Practically, most judges are not terribly interested in hearing about the sordid details of an affair or who was the worse spouse, but an ongoing adulterous relationship, or particularly egregious behavior are certainly fair game.  An alimony-seeker who has been stepping out on the marriage may find that his or her “bad behavior” is taken into account by the judge.
But, most of all, hell hath no fury like a cheated-on spouse.  The most likely negative consequence of being busted by your soon-to-be-ex is that he or she will, not-surprisingly, be pretty hurt and angry.  That usually sets a more hostile tone for a divorce.  On the up-side, if you have been cheated on, laying on the guilt may make your ex feel a little more generous when it comes time to make a settlement offer.
Finally, it’s worth nothing that “living in open adultery” is still a second degree misdemeanor in Florida.  Take a look at F.S. 798.01 Although the Florida House of Representatives Subcommittee on Criminal Justice is currently reconsidering this and some other antiquated statutes, for now, it’s the law.
Jodi Furr Colton is a Boca Raton attorney with the law firm of Brinkley Morgan. She focuses her practice on divorce, alimony, equitable distribution, parental responsibility and timesharing. Jodi is a graduate of Harvard Law School, Swarthmore College and Pine Crest. She is happily married and the mother of two. Learn more here, or telephone 561-241-3113.

Content copyright © 2022 Metro Desk Media, LLC. All Rights Reserved. BocaNewsNow.com ® is a registered trademark. We vigorously protect our intellectual property and journalistic product. Broadcast stations must credit BocaNewsNow.com on air. Print must refer to BocaNewsNow.com. Online must link to BocaNewsNow.com. We have agreements with several organizations. Contact news (at) bocanewsnow.com. Call 866-4-FL-NEWS. Arrest reports are police accusations. Guilt or innocence is determined in a court of law.