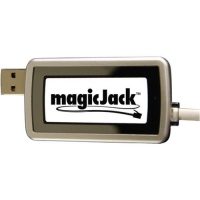 BOCA RATON, FL (BocaNewsNow.com) —  In the days before WiFi calling, you couldn’t watch television for seemingly more than half an hour without seeing an ad for “Magic Jack,” what was then a revolutionary dongle that — when plugged into your computer — would let you make telephone calls for free.

MagicJack’s founder Dan Borislow died in 2014 — at age 52 — from a heart condition. He lived, and died, in Palm Beach County.

In June of 2016, MagicJack acquired telecommunications company Broadsmart for $40m. A company called Galilee Acuisition then initated negotiations to buy MagicJack/Broadsmart. Galilee alleges that MagicJack reported that Broadsmart was a commercial success with big profits.

Read the complete filing here. . Galilee Acquistion seeks damages in excess of $15,000, though the court filing suggests a claim of losses exceeding $2M as it attempted to buy MagicJack based on — what it claims — was bad information.