While it the system is heading eastward from North Carolina — meaning it’s no threat to land and certainly no threat to Florida — it’s a reminder that June isn’t too early to plan for disaster.

Tropical Depression 2 is one of three systems currently being watched by the National Hurricane Center. There is a activity in the Gulf of Mexico being watched, and another area is being watched just off the coast of Africa.

For new Florida residents: you are already behind if you do not have a hurricane plan in place with supplies ready to go. Emergency preparedness officials are concerned this year that the influx of new residents to South Florida will result in disaster if “the big one” actually comes this year.

Here is the 11 a.m. update from the National Hurricane Center for Tropical Depression #2:

Is there a tropical storm in the Atlantic?

The National Hurricane Center is monitoring a tropical depression, not a tropical storm, in the Atlantic as of mid-day on Monday, June 14th. It is expected to head east, away from the United States mainland. Two other systems are also being monitored. 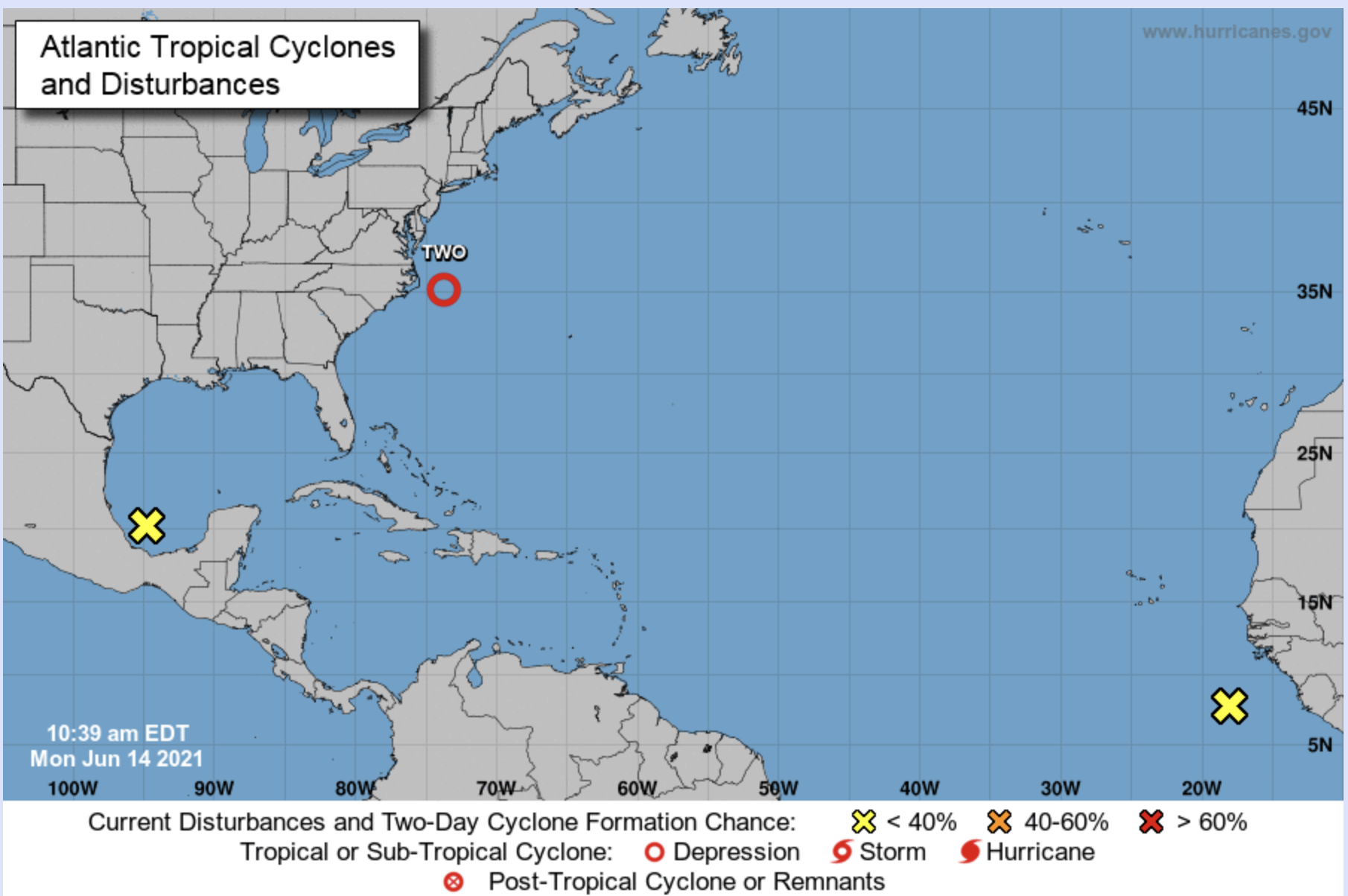