While impact is still days away, the current guidance from National Hurricane Center forecasters has led to a tropical storm warning for “Intracoastal City Louisiana to the Alabama/Florida border,” as well as “Lake Ponchartrain, Lake Maurepas, and Metropolitan New Orleans.”

South Florida is not under watches or warnings. The system is not expected to have any significant effect on our weather.

This is the Thursday evening update from the National Hurricane Center:

Tropical Storm Claudette has not yet officially formed, but the National Hurricane Center expects a system to reach named status Thursday night or Friday morning. The current forecast track takes it Louisiana, Alabama, and potentially Florida. 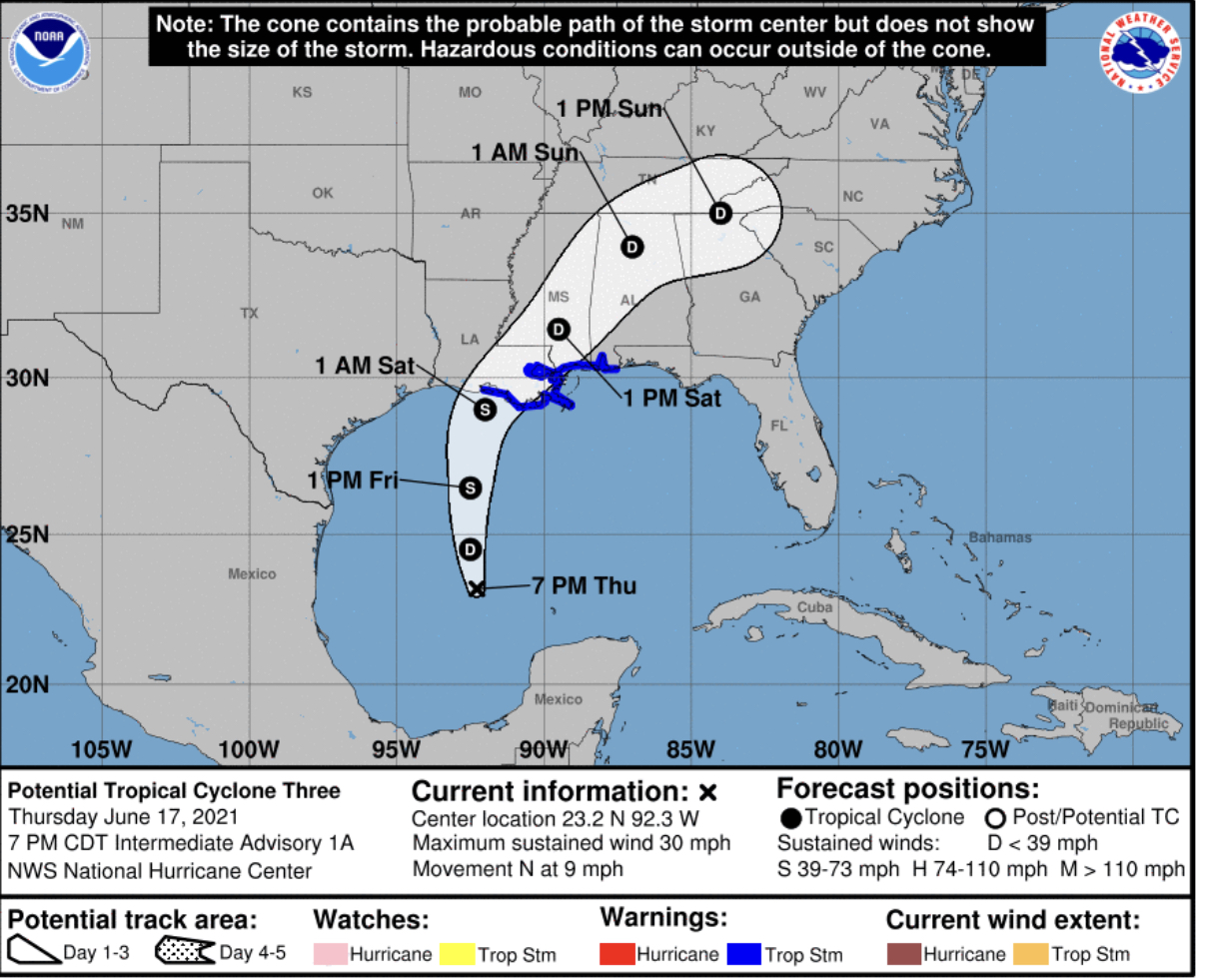 Content copyright © 2021 Metro Desk Media, LLC. All Rights Reserved. We vigorously protect our intellectual property and journalistic product. Broadcast stations must credit BocaNewsNow.com on air. Print must refer to BocaNewsNow.com. Online must link to BocaNewsNow.com. We have agreements with several organizations. Contact news (at) bocanewsnow.com. Call 866-4-FL-NEWS. Arrest reports are police accusations. Guilt or innocence is determined in a court of law.